Excerpt from Moon Up, Past Full

Posted on November 11, 2015 by sundoglit
By Eric Shonkwiler 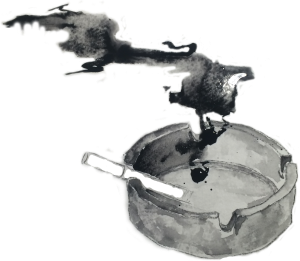 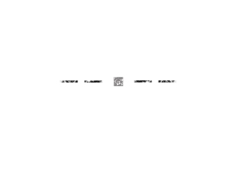 THERE WAS MUSIC playing on repeat. I opened my eyes. Sore all over. I rolled onto my stomach and felt what was my nose touch the pillow. There was a groan, and it must have come from me. The music repeated. I stood and wobbled on my feet, leaned against the wall. In the hall, I could make out Squiddie lying there with the knife in his side. I fell back against the wall and sank to the floor. It was his phone ringing, the music. Repeating. I reached out to him and touched his shoulder. Stiff. I crawled closer to him and rolled him over, rummaged his pocket for his phone. The screen was broken, and I don’t know why I did, but I flipped it open.
Squid? a voice said.
I sucked in a breath. It was Jeeves.
Squid? What the fuck?
I tossed the phone away, saw the hallway in the little blue light from the screen. I sat there, staring. Heard the basement door open. Got to my feet. Chas?
She met me in the doorway to the kitchen, grabbed onto my shoulders. Get rid of the body. I couldn’t lift him.
I shook my head. What?
You have to get rid of it. Bury him. Throw him in a ditch somewhere. You have to get rid of him.
The only light was coming from the basement. I could barely see her, but I knew what expression she wore. Her eyes. Then, her hands were digging into my shoulders, and she was shaking me. Finally, she shoved me away and went back into the basement. I walked to the body and bent down to take an arm. I threw it over my shoulder and heaved up. I opened the front door just as a car passed, and ducked out of the doorway and lugged the body through the house out the back. The blood ran cold on my shoulder. The moon rose over the trees. Shadows of a dead ash stretched nearby, and I let the body slide to the ground. I slumped beside it. Weak, shaky. It had been over a day since I’d eaten. For a summer night, the air was cool. I looked at Squiddie’s body. His shirt was bright in the moonlight, and the stain on his side was black.
The sound of the gunshot shook me up. I’d been staring at the blood on my hands. I almost didn’t go inside. I almost got in my car and drove away. The last nerve of me turned and walked through the open door. It was black inside after having gotten accustomed to the moonlight. I felt my way around until I saw the front door hanging open, and everything in me went numb. My throat dried. A crack of light shone under the basement door. I turned the handle and pulled the door open. All still, but on the concrete below, a pool of blood rolled toward the drain in the middle of the room. I took the steps slowly, leaning down to see. Chasity was crumpled in a corner. I ran down the rest of the stairs and fell beside her. Her eyes were open wide, and her jaw was slack. Her back teeth were rotten.
She had it coming.
I whipped around. Jeeves was in the far corner, his hand pressed to his throat. Blood seeped through his fingers. He’d fallen over a table, and all of the pots and vials had shattered. I didn’t smell anything; my nose was wrecked.
I would have left you alone, you know. But I couldn’t calm Squiddie down. He tore outta my place. Jeeves smiled weakly, and he reached into his pocket for something. I knew what happened when he didn’t answer his phone.
I took a few steps toward him. I might have felt lightheaded, but it wouldn’t have been anything new.
He had my back. Jeeves palmed his pack of cigarettes and put it on the leg of his jeans and pulled a cigarette out, put it in his mouth. Shame, ’cause I liked you, too.
He took out his lighter and lifted it to his mouth, nodded calmly to the sign beside me. My eyes widened and my gut caught, and I turned to the stairs. The room kept spinning for me, but toward me, not away as I’d willed. I fell into the banister and climbed up the stairs on all fours and could hear Jeeves laughing, a sound on repeat like Squiddie’s ringtone, and then I could hear that, too. Repeating. I was at the top of the stairs when the explosion caught me, and the room spun a new way, bright and black.

BOOK TOUR GIVEAWAY!
Alternating Current will be giving away 10 DRM-Free Digital Packages (containing PDF, ePUB, mobi, full cover art, and other digital goodies!) of Moon Up, Past Full to 10 random people who promote any aspect of the book or book tour between now and November 30, 2015. To enter, use the hashtag #MoonUp, tag the author or Alternating Current at @eshonkwiler, @altcurrent, F: alternatingcurrentartscoop, +AlternatingCurrentPress, Ello: @altcurrent, or send Alternating Current a link (alt.current [at] gmail.com) if you promote elsewhere or anywhere. The most exuberant promoter will win a HAND-ENGRAVED SHOTGLASS! 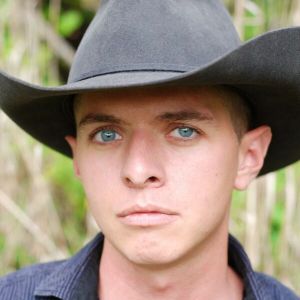 Eric Shonkwiler is the author of the Luminaire Award for Best Prose-winning story collection Moon Up, Past Full (Alternating Current, 2015), and the novel Above All Men (MG Press, 2014), which won the Coil Book Award for Best Book and was chosen as a Midwest Connections Pick by the Midwest Independent Booksellers Association. He has had writing appear in Los Angeles Review of Books, The Millions, The Lit Pub, and elsewhere. He was born and raised in Ohio, received his MFA from University of California-Riverside, and has lived and worked in every contiguous U.S. time zone.